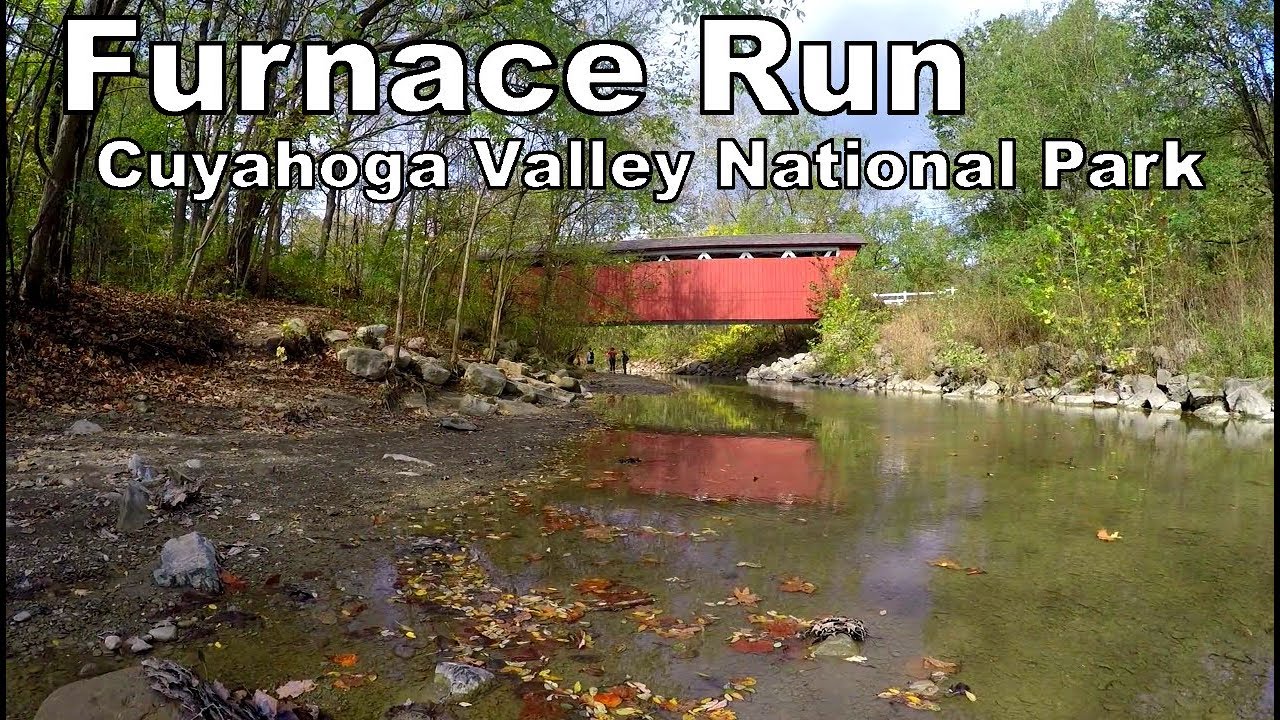 Furnace Run is located in Brecksville and Broadview Heights in northeast Ohio. It also flows through Richfield and Boston townships to meet the Cuyahoga River at river mile (RM 33.08). It flows 10.4 miles southeast, through Boston and Bath townships, to reach the Cuyahoga River at rivermile (RM 33.08). It drains 35 square miles of primarily suburban lands. An analysis of satellite land cover data from 2001 found that 14 % is considered to be urbanized, with generally impervious surface. The remaining 86 percent of the watershed is primarily comprised of wooded (47%) and grass/agricultural (34%), shrub/scrub (7%) (Cuyahoga River RAP 2004, 2004).

Metroparks Serving Summit County operates Furnace Run Metro Park. It is located in the Furnace Run Watershed. The park currently comprises seven parcels of land that total approximately 870 acres in Richfield. These tracts are separated east-west by Interstate 77 and State Route (SR 21), and Brecksville Road. North-south is by Brush Road or State Route 303. However, two tracts located along Wheatley Road in the south are disconnected from the rest of the park. Furnace Run Watershed is also owned by the Cuyahoga Valley National Park. Furnace Run Metro Park borders Cuyahoga Valley National Park. This park contains 30,000 acres wetland along the Cuyahoga River, from Akron through Cleveland.

Metroparks Serving Summit County conducted a 2003 study and found that Rock Creek was not in attainment. Despite the fact that the stream habitat was in good condition to support higher-level aquatic life communities and meet Ohio EPA standards it was not in attainment. This was due to the upstream runoff of slag leachate during and immediately after construction of Interstate 80 near this area in 2000-2001 along with channelized stream conditions downstream.

In 1999, the Furnace Run mainstem stream restoration area (RM 7.8) was completed. The project involved restoring Furnace Run’s original watercourse to its source after it was diverted to Brushwood Lake. This stream section was restored using soil bioengineering techniques to improve the riparian habitat. Metroparks of Summit County conducted a 2003 survey and found that the area was in PARTIAL attainment for Ohio WQS aquatic life. The 2006 survey, however, found that the area was in FULL attainment. This shows that the restoration of this stream segment has been a success.

Based on visual observations at the sampling sites, significant bank erosion is taking place in Lower Furnace Run. Additionally, there are large amounts of silts/clays that have covered the stream bottom. Gray silts covered the stream’s bottom at RM 4.8, which clearly indicated that it had been eroded from its banks. This could be due to heavy rains, runoff from old and new development, which lack stormwater control.

Furnace Run’s water quality is good with data that shows no deviations from standards. Rock Creek, however, is suffering from stress. As evidenced by the high levels of dissolved solids, samples indicate that the stream is being polluted with runoff. The Ohio turnpike interchange construction downstream has led to slag leachate runoff, which is responsible for the decrease in water quality.